For Students For Staff For Visitors For Alumni
JAccount Login 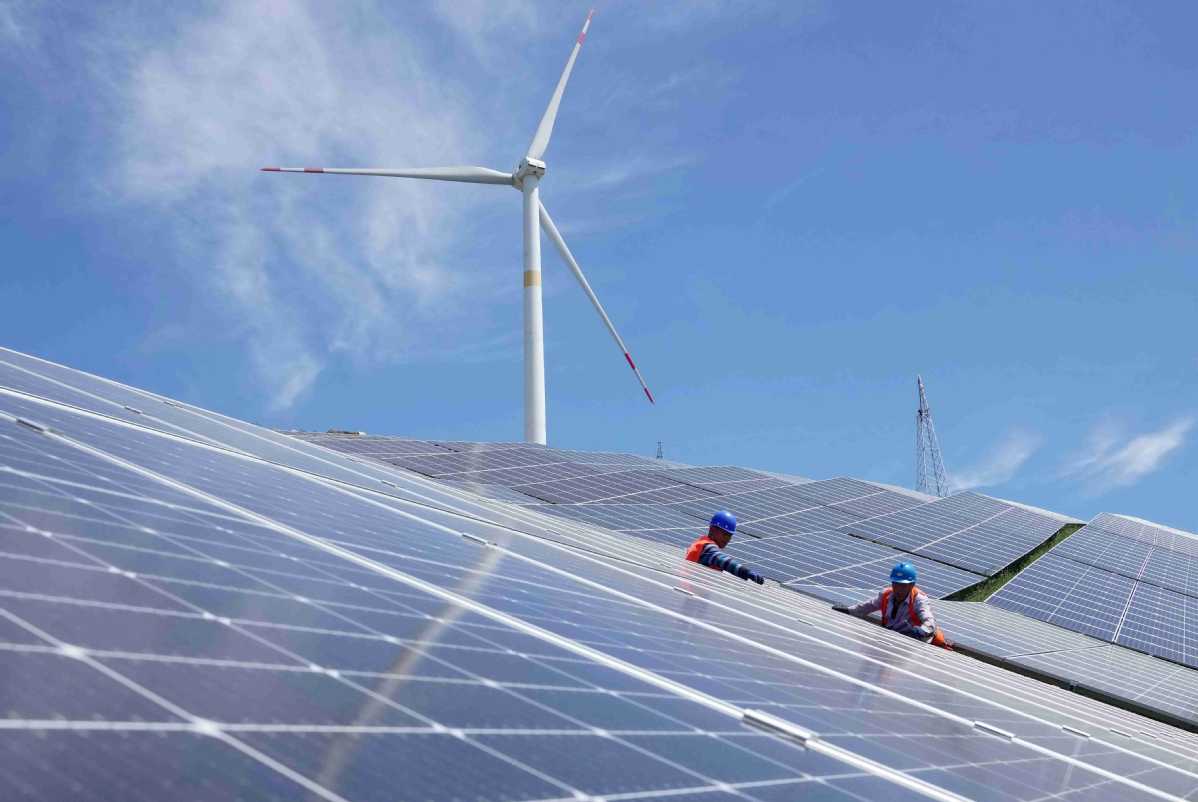 China has made remarkable progress in promoting the ambitious climate targets that it pledged two years ago to meet, with the essential establishment of a national climate policy system and significant growth in nonfossil energy development.

While upholding multilateralism, the country has also seen its overseas investments and exports becoming greener, and efforts to help other developing economies with their climate actions have been embraced more broadly by global partners.

Thursday marked the second anniversary of the announcement of China's climate targets of peaking carbon dioxide emissions before 2030 and achieving carbon neutrality before 2060.

President Xi Jinping made the announcement while addressing the 75th session of the United Nations General Assembly via video link.

The president also called on all countries to seize the historic opportunities presented by the new round of scientific and technological revolution and industrial transformation, and achieve a green recovery of the world economy.

The past two years have seen the intensive introduction of climate-related documents in China, which together constitute the country's top-level design, designated as the "1+N" policy system, for the targets.

The "1" in the system indicates that it represents a master guideline issued by the Communist Party of China Central Committee and the State Council, China's Cabinet, as an overarching guide for the targets. The "N" stands for a series of specific action plans for different industrial sectors and supporting policies.

The system has been basically completed, said Xie Zhenhua, China's special envoy for climate change, on Thursday at a symposium themed on the country's climate actions that also marked the 10th anniversary of the establishment of the National Center for Climate Change Strategy and International Cooperation.

Xie emphasized that as some developed countries have wavered in their climate policies, China has persisted in forging ahead with its climate targets and has hammered out the policy system. "This shows the stability and consistency of China's down-to-earth climate policies," he said.

For example, as part of the policy system, the National Development and Reform Commission and the National Energy Administration jointly released a guideline earlier this year on promoting a green, low-carbon energy transition.

As of the end of July, the total installed capacity of nonfossil energy in China had reached 1.19 billion kilowatts, accounting for 48.3 percent of the total, according to the China Electricity Council.

The number of new energy vehicles in China, for example, has reached over 10 million, which is more than half of the world's total, Xie said. In addition, the proportion of coal in the country's energy consumption mix had decreased from 65.8 percent in 2014 to 56 percent last year.

"China has been on track on a green, low-carbon and sustainable development path that is suitable to our national conditions," Xie said.

In 2020, for the first time, the country's overseas investments in developing solar, wind and hydro power energy accounted for the majority of its overseas energy investments — 57 percent, compared with 38 percent in 2019 — according to a 2021 report by the Central University of Finance and Economics' International Institute of Green Finance.

There have been positive signs that the country's overseas investments will be even greener after President Xi announced in September last year that China will step up support for other developing countries in the development of green and low-carbon energy and will not build new coal-fired power projects abroad.

For example, the capacity of wind turbine generators that China exported in 2021 reached almost 3.3 million kilowatts, up 175.2 percent from 2020, China News Service quoted the Chinese Wind Energy Association as saying in a recent report.

In addition, the China Association of Automobile Manufacturers said that exports of new energy vehicles increased almost 305 percent year-on-year to 310,000 in 2021.

The country has also made consistent efforts to deepen South-South cooperation among developing nations on tackling climate change, said Huang Runqiu, minister of ecology and environment, at a recent news conference in Beijing.

With 43 cooperation agreements on climate change with developing countries, China had allocated 1.2 billion yuan ($170 million) as of the end of August for South-South cooperation on tackling the global crisis, he said.

In one of the latest examples, China provided 5,000 sets of home solar systems and 25,000 energy-saving lights to Cuba in May to help the country with its efforts in coping with climate change.

Addressing a high-level meeting on climate change at the headquarters of the United Nations in New York on Wednesday, State Councilor and Foreign Minister Wang Yi emphasized that China will shoulder its due international responsibility in its green transition efforts.

"Together with countries around the world, China is willing to roll out more pragmatic actions and support the core role of the United Nations to jointly safeguard the planet we call home and create an even more beautiful world for our future generations," he said.